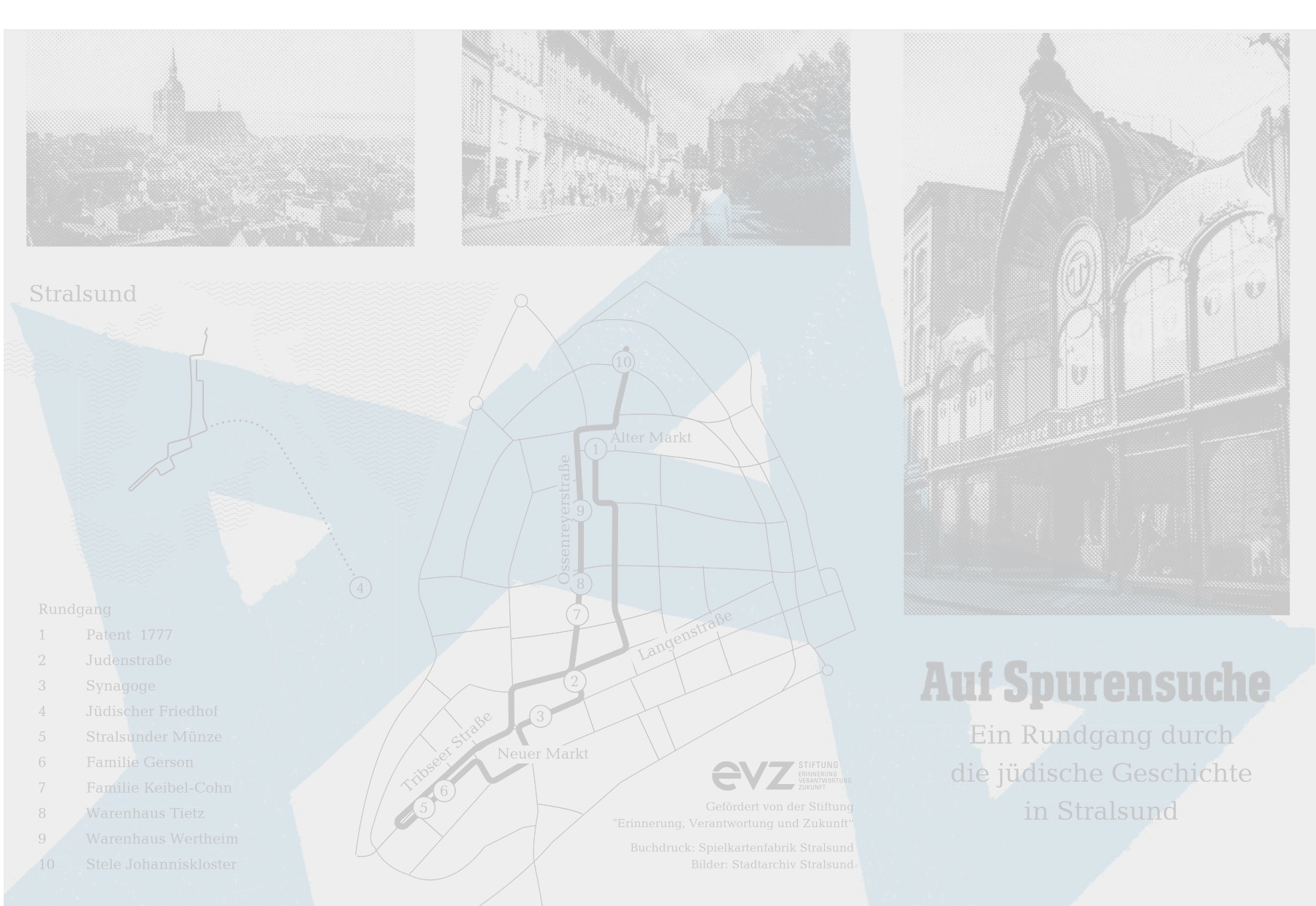 School project “In search of traces”

In the 2013/14 school year, a city tour of Stralsund’s Jewish history was created together with students from the JONA School. The accompanying flyer and booklet are called “Auf Spurensuche” (“In Search of Traces”). In it, the young people describe stations of former Jewish life and tell stories about Jewish families and places in Stralsund as well as their fates.

The JONA students also lent a hand with the design and printing: the book and flyer were produced on historical printing presses in the Speicher am Katharinenberg with the help of the Förderverein Jugendkunst e.V. (Youth Art Association).
The entire project was financed by the Foundation “Remembrance, Responsibility and Future” as part of the Leo Baeck Program for Teaching German-Jewish History.

From January 13th to 18th 2020, a project week “Jewish Life / 30 Years of the Fall of the Wall” took place at the Goethe-Gymnasium. The various project groups of the 8th grade visited the current exhibition “140 years of Leonhard Tietz in Stralsund” in the museum house of the Stralsund Museum in this context. One of the project groups was supported in a special way by the friends association. Maria Freyer from Stralsund University of Applied Sciences, as a research assistant at the Mittelstand 4.0- Kompetenzzentrum Rostock, together with Professor Michael Klotz, introduced the students to the “Jewish Places” platform and gave them the task of recording Stralsund’s places of former Jewish life and activity with text, time data and pictures. Previously, only Judenstraße had been listed on the platform. After the project week, twelve places have now been recorded and described (including the Wertheim and Tietz department stores, the pillar in the Johanniskloster monastery, the former Old Mint and the former synagogue).